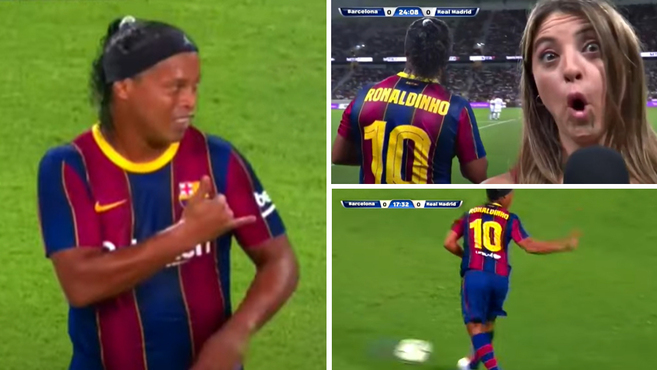 The Clasico Legends match between Real Madrid and Barcelona on Tuesday evening proved a thrilling spectacle, but the night belonged to one man: Ronaldinho.

The Brazilian superstar rolled back the years with a dazzling display in Tel Aviv, as he demonstrated his full repertoire of dribbling, magical passes and sublime control.

The first half saw him convert a penalty, strike the crossbar with a fierce attempt and attempt to catch Jordi Codina off his line with a long-range effort that went just over the bar.

He even made time to joke around with a reporter during the first-half hydration break, and when two young children ran onto the pitch in the second half to meet their hero, he paused to take ‘selfies’ with them.