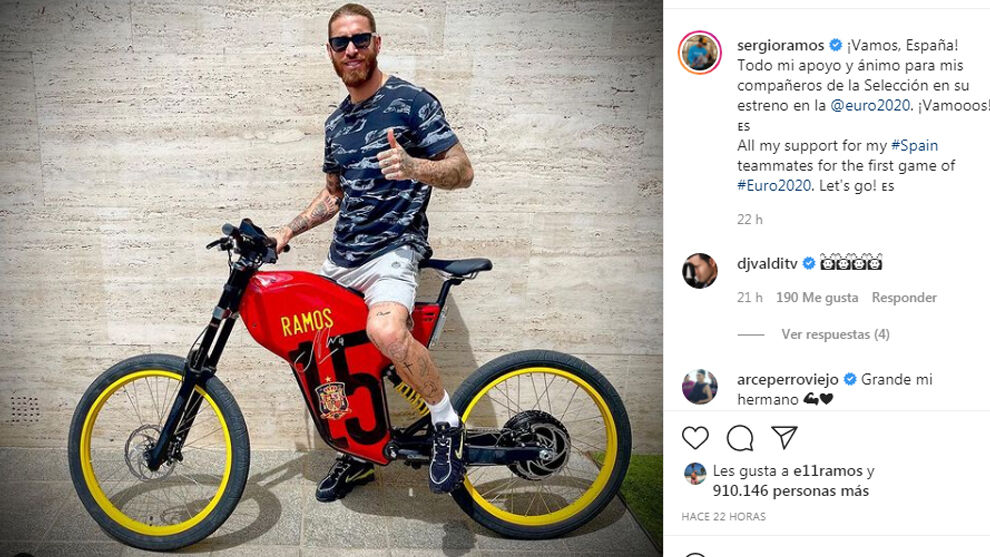 Sergio Ramos took to social media to show off his new purchase, a personalised bicycle that features the Spanish flag along with his name, signature and shirt number.

The Greyp G12s is a hyper ebike that was created by the Croatian company Rimac Automobili. It has a 16 hp engine and a 3kWh lithium battery that allows it to travel for 120 kilometres without being recharged, with its maximum speed being 70 km/h.

The Greyp G12S‘ value exceeds the 10,000 euros but it is doubtful whether Ramos purchased the bike, or it was given away to him a gift, as the picture that he published on Instagram has exceed the 900,000 likes and that’s enough publicity for the company.