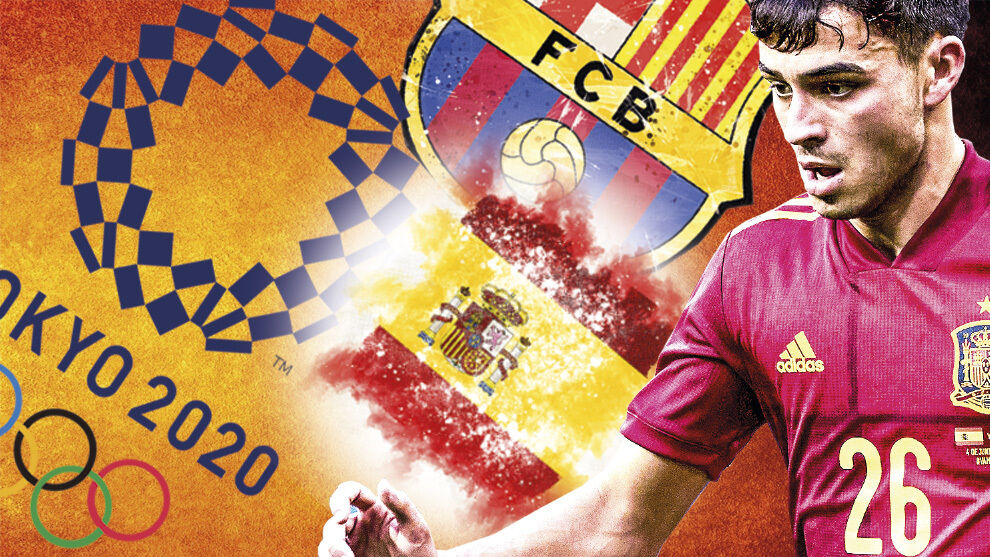 In spite of Barcelona boss Ronald Koeman‘s complaints and a request from his club, Pedri will represent Spain in the Tokyo Olympic Games, which begin on Friday.

It’s been non-stop for the Canary Islander since September 3, 2020, as he has appeared in 65 games since then without barely a moment’s rest and has become a key player for both Barcelona and Spain.

In other words, that’s 321 days without a break and an average of a game every five days.

Still only 18 and remarkably still in his first season at elite level, it’s been a lot for Pedri‘s legs to cope with – and Barcelona will be keeping a close on their starlet during the Games and when he returns to Catalonia.

As well as the matches themselves, Pedri has had to travel some considerable distances to even cross the white line, with Tokyo the latest stop on a journey that took him around Europe with Spain during the European Championship.

All in all, Pedri played 52 times for Barcelona last season; 37 LaLiga Santander matches, six in the Copa del Rey, seven in the Champions League and twice in the Supercopa de Espana.

In so doing, Pedri broke Miguel Tendillo’s record as the youngest player ever to play for Spain in the tournament. And he played with some distinction too.

Whether the 18-year-old gets a summer break remains to be seen, with much depending on how Spain do in Tokyo.

Reaching the final would give Koeman some headaches, as that would mean Pedri remaining in Japan until August 7.

Barcelona start their LaLiga Santander campaign just a week later on August 15, but the Dutch coach seems likely to give his young star a breather when he returns.

Overall Koeman is none too pleased with the situation that sees a player play in two major tournaments during a summer.

“I understand the excitement the players have, but the calendar is very stacked and we’ve got to be careful of them,” Koeman said.

Pedri has had just two weeks off all summer, partly because he was excused from Barcelona‘s last inconsequential league game of the season.

Fellow Barcelona players Eric Garcia and Oscar Mingueza are also in the Olympic squad, but their cases are different – with Garcia having played sparingly for Manchester City last season prior to Euro 2020, and Mingueza having had a break before the Games.