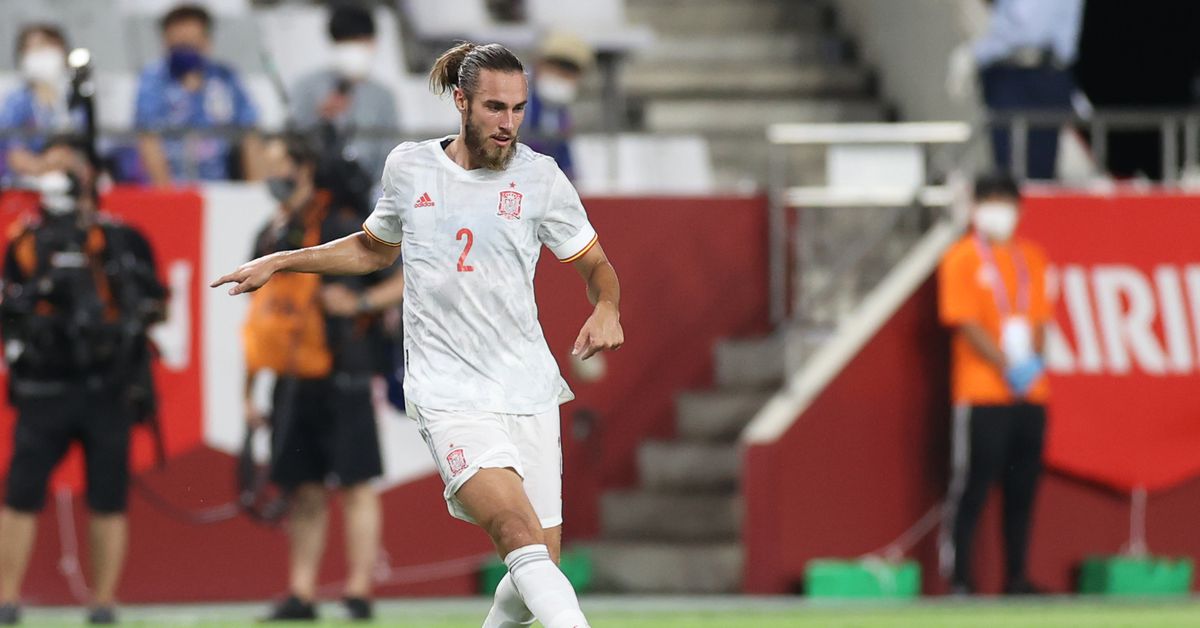 Oscar Mingueza has offered an update on his fitness after being forced out of Spain’s Olympic opener against Egypt on Thursday midway through the first half.

The 22-year-old has reportedly suffered a thigh muscle injury but is hoping it’s just a “scare” and that he can play again in the tournament.

He wrote on Instagram, “A shame to draw the debut in the Olympic games vs Egypt! I am convinced that we will do a good job. Thank you very much to all who have been concerned, I am sure it was a scare and soon I will be helping my colleagues! Let’s go @sefutbol.”

Dani Ceballos also hobbled out of the match after suffering an ankle problem with pictures emerging on social media after the match of just how much damage had been done.

It’s hard to tell from footage whether the defender should have got a red card for his tackle on Dani Ceballos, but there’s no doubt it’s a gruesome injury! pic.twitter.com/0r5WTkiYFG

Spain went on to draw 0-0 against Egypt in a disappointing opening match for Luis de la Fuente’s side. The team go on to play Australia who enjoyed a shock 2-0 win over Argentina in their first group match.