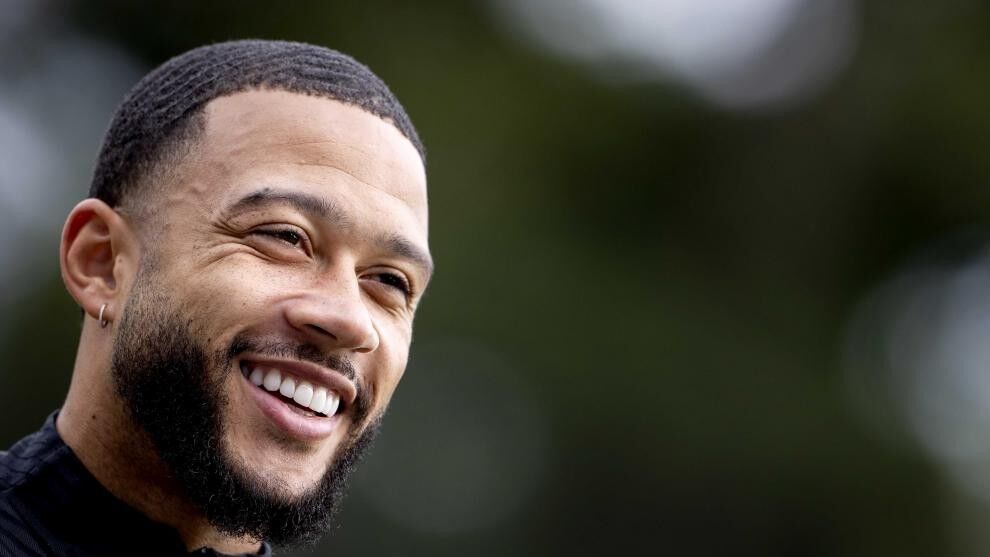 Memphis Depay has admitted that he would like to work with Ronald Koeman again, with the soon-to-be free agent on the verge of joining Barcelona.

Talks between Memphis‘ camp and Barcelona have concluded and the only thing missing is the Blaugrana‘s official announcement of the signing.

“Everyone knows that I have been negotiating with Barcelona for some time,” Memphis said during the Netherlands’ press conference at Euro 2020 on Wednesday.

“I want to play with Ronald Koeman. Now we have to wait, but there will be news soon.”

Barcelona hope to announce the signing of Memphis in the coming hours, with the Dutch forward having expressed his desire to head to the Camp Nou on several occasions.

In fact, given interest from some of Europe’s other big clubs and in the wake of Barcelona failing to land Georginio Wijnaldum, Koeman has been in touch with Memphis and has helped him make his decision.

Memphis will become Barcelona‘s fourth signing of the summer after Sergio Aguero, Eric Garcia and Emerson Royal, and he will officially be a Blaugrana player once his contract at Lyon expires on June 30.

Barcelona president Joan Laporta hopes to make even more additions in attack, following the arrivals of Aguero and Memphis, but first the club must make some sales.