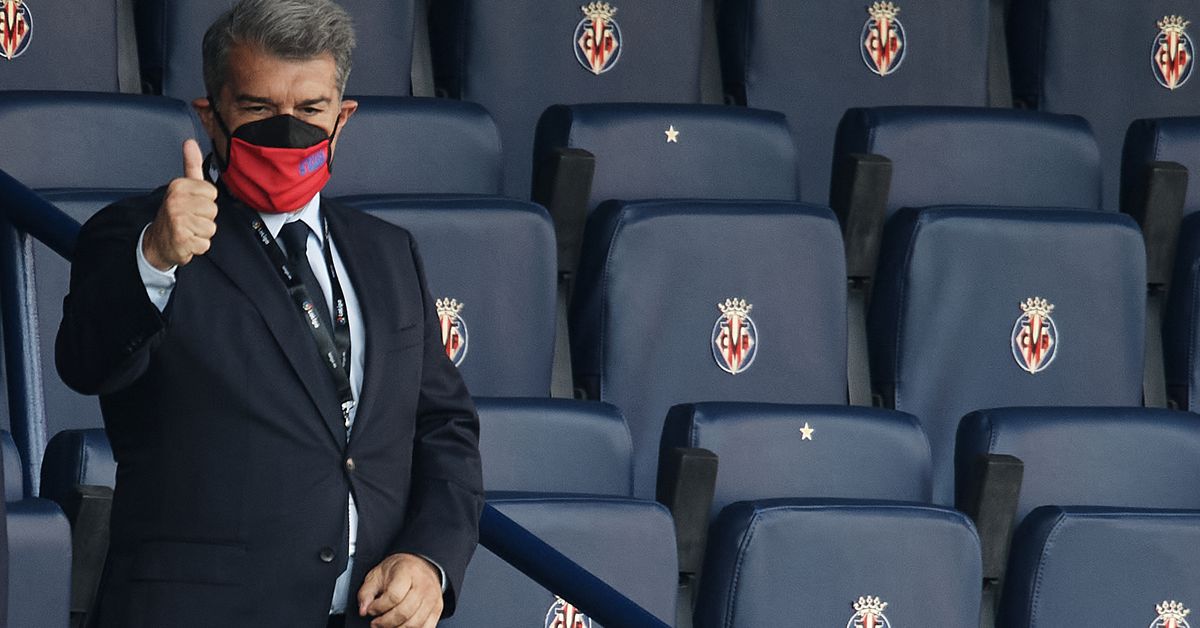 Barcelona president Joan Laporta remains confident the club can win the league after beating Valencia 3-2 at Mestalla on Sunday.

The 58-year-old was at the match against Los Che and offered his thoughts after seeing the visitors take all three points thanks to goals from Lionel Messi and Antoine Griezmann.

“I already said before the game against Valencia that if we win the five games that remain, we are convinced that we will win the league,” he said.

Coach Ronald Koeman also had a message about his team’s performance after the game. The Dutchman was banned from the touchline at Mestalla, following his red card against Granada, and praised his team’s mentality.

Koeman was handed a two-match ban which means he’s likely to miss Saturday’s crunch game against Atletico too. Barca has appealed the decision but it seems unlikely it will get overturned.