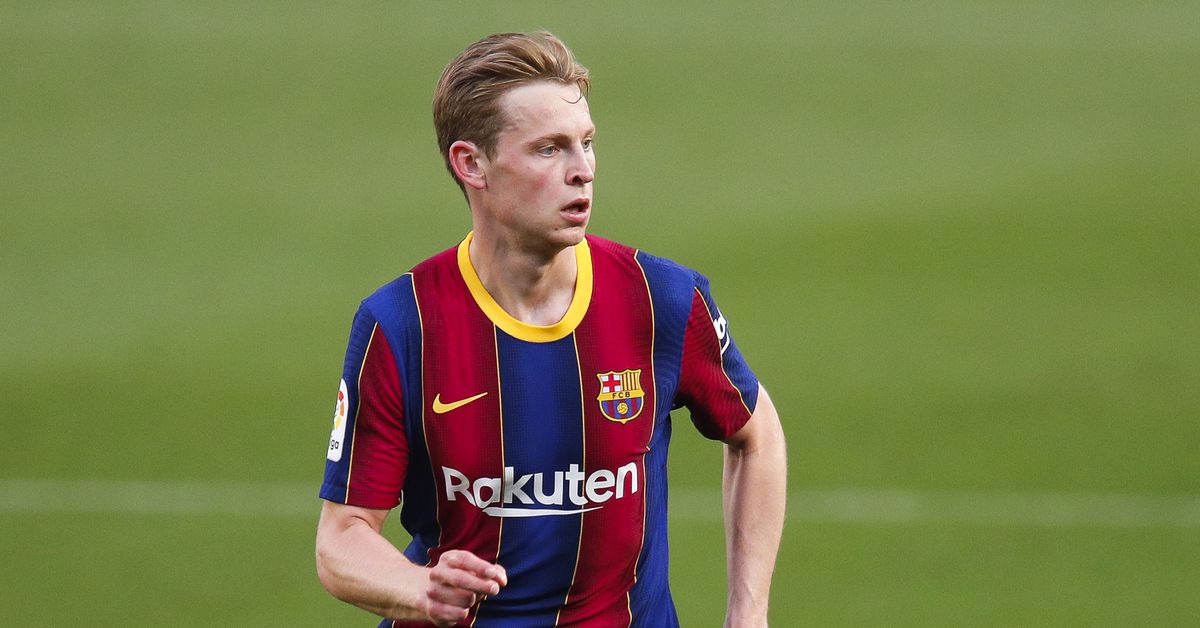 Frenkie de Jong has been talking about his time at Barcelona and has once again insisted he can still improve his performances at the Camp Nou.

The Dutchman has always been pretty honest about his form since signing for the Catalan giants and admits his second season was a lot better than his first.

“My first year at Barça was fine, I played a lot of minutes, but in my opinion, I was just an ordinary player. This year I’ve been able to show myself better and played better in a lot of games, although I still think I can take steps forward and keep growing. I hope we still see a better De Jong,” he said.

De Jong was a crucial player for Barcelona, playing in all but one La Liga match in 2020-21, either in midfield or as a center-back.

The 24-year-old says he does not mind where he plays as long as he’s out on the pitch.

“I don’t mind where the coach puts me. I prefer midfield but if I have to play at the back, I do. It’s all a question of confidence at the end of the day. I notice that confidence from my coaches, my teammates, the media… it’s a nice feeling, so I don’t mind where I play, wherever the team needs me.”

The Barcelona midfielder is at the Euros and shone in the Netherlands’ opening win against Ukraine. The Oranje won a thrilling game 3-2 with De Jong ending the match with more passes, dribbles, touches and free-kicks won than anyone else on the pitch.