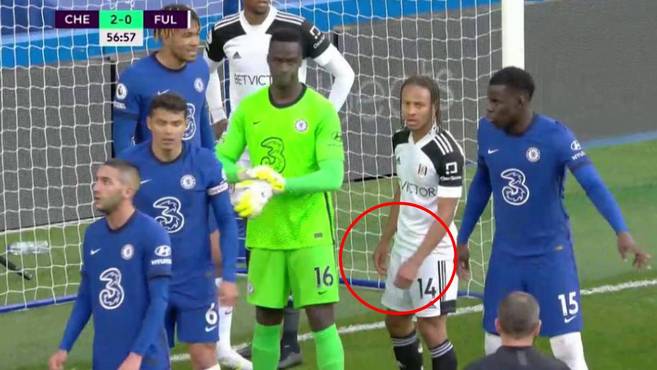 Fulham’s Bobby Reid became a viral sensation over the weekend after deploying a diversion tactic on Chelsea’s Edouard Mendy during a Premier League match at Stamford Bridge.

At a Fulham corner, the forward was constantly trying to undo Mendy‘s goalkeeping gloves, with his efforts proving unsuccessful.

Nevertheless, Chelsea‘s goalkeeper was certainly unsettled by the incident as he tried to make some space for himself to gather the cross.

Should Real Madrid do something similar to unsettle the Senegalese when they visit Stamford Bridge in the Champions League on Wednesday?