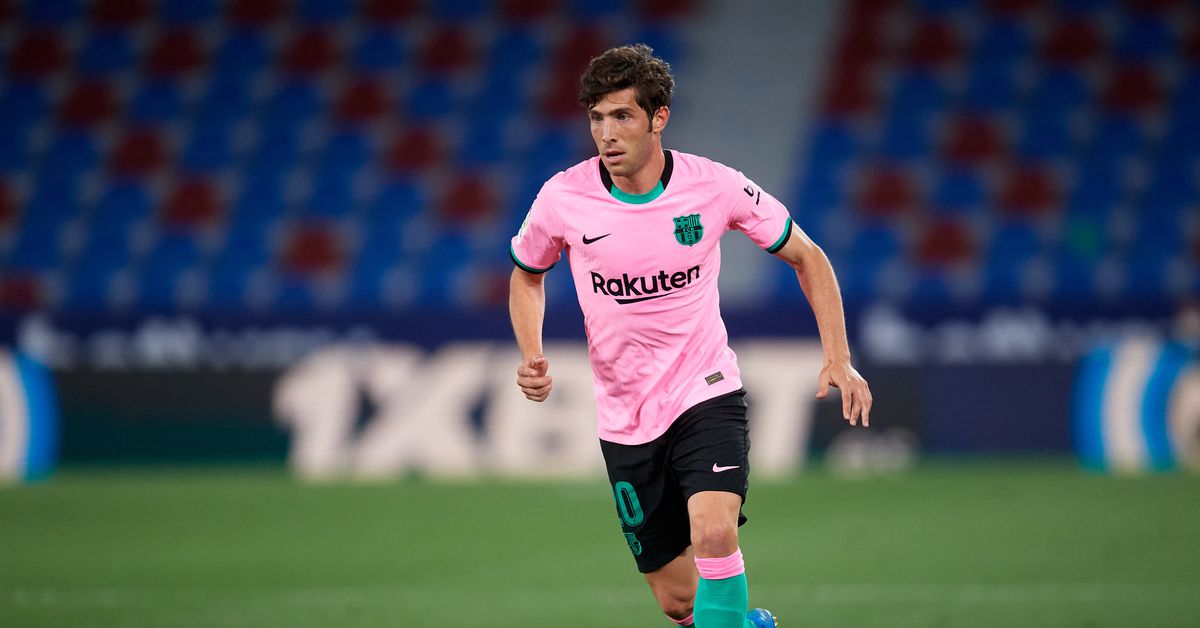 Bayern Munich are said to be lining up a bid to take Sergi Roberto on loan from FC Barcelona, according to Goal.com.

The loan could also include an option to make the move permanent.

The midfielder converted into right-back is Barcelona’s 4th captain after Lionel Messi, Sergio Busquets, and Gerard Piqué, though he was not a consistent starter last season, in part due to injuries. He made only 15 appearances last season for the Catalans.

With the acquisition of Emerson Royal from Real Betis and the continued development of Sergiño Dest, Barcelona now have three right-backs in the squad, while still needing to fill holes in other places. It would be natural for one of the three to leave.

Bayern are also reportedly interested in Emerson and Dest, but a deal for one of them seems less likely.

Roberto’s deal runs out next season and Barcelona would prefer to sell him right away unless he renews his contract for a lower salary. The Germans are looking for a new starting right-back after not finding Benjamin Pavard to be wholly satisfying last season. The two clubs are said to have a good relationship, particularly after Bayern got Philippe Coutinho on loan in the past.