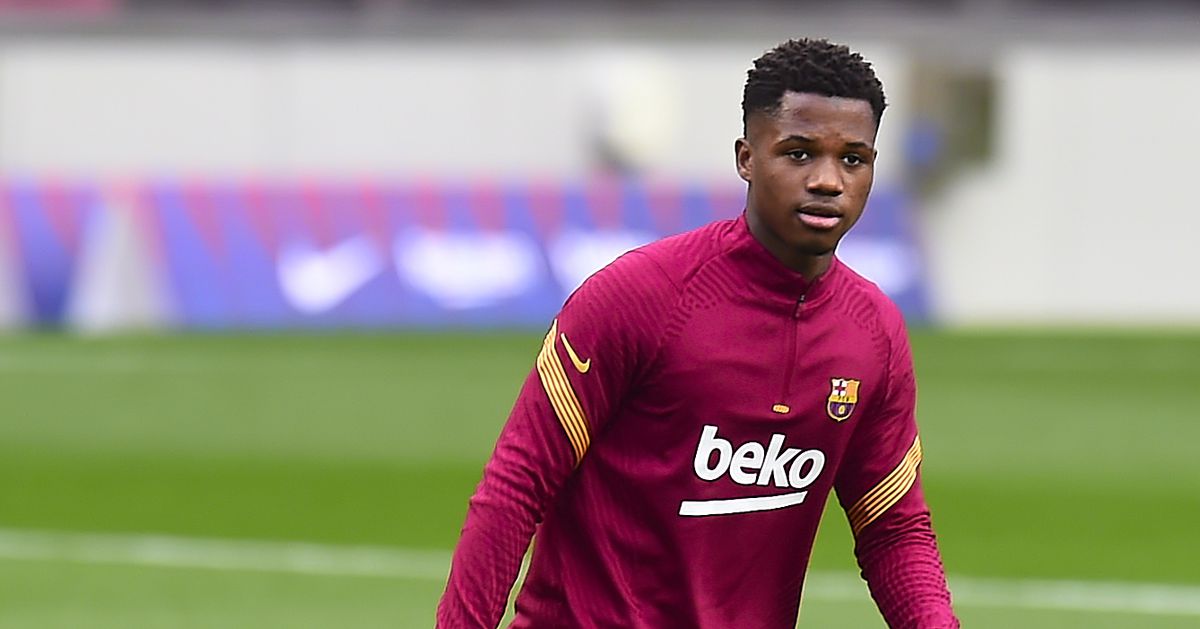 Barcelona forward Ansu Fati has offered supporters a glimpse of the team’s new home kit for the 2021-22 season ahead of the official release.

The Catalans have already confirmed they will unveil the new strip later today, but we’ve had a sneak preview courtesy of the Barcelona forward.

And here it is:

And here is Alexia Putellas modelling the Barca Femeni kit:

We’ve already seen plenty of leaks about the kit with the design apparently inspired by the club crest. The shorts are believed to be half-and-half and the socks are blaugrana striped.

There will be more pictures and details later when the kit is officially unveiled so stay tuned and we’ll update thie post as the info drops.